With this, the stock market opened mixed on Thursday Dow Jones Industrial Average (DJINDEXES: ^DJI) And other major market benchmarks traded either side of the mark unchanged in the opening minutes of the trading session. The volatility came after several days of gains on Wall Street.

Coming into Thursday’s morning trading session, many investors focused their attention on the latest Consumer Price Index (CPI) report from the Bureau of Labor Statistics. The report capped inflation at a one-year high but gave further signs that upward pressure on prices may be easing. Below, you’ll find a more in-depth look at the CPI report from December and what it means for shareholders of various stocks.

The two primary headline numbers from the Consumer Price Index report gave a good snapshot of where prices have been and where they are now. For the month of December, the CPI declined by 0.1% on a seasonally adjusted basis from November’s reading. Over the past 12 months, the CPI rose 6.5%. 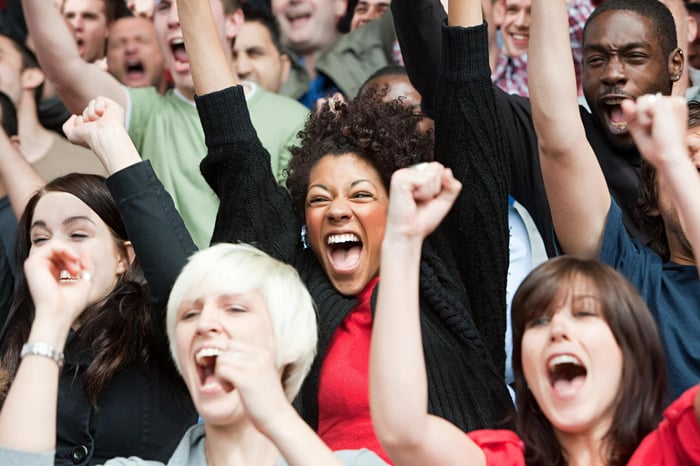 The energy sector was the driving force behind the low prices. Gasoline prices fell 9.4% from the previous month, while fuel oil prices fell another 16.6%. That helped offset price increases in electricity and natural gas utility services for the month, with energy overall falling 4.5% monthly and marking the fifth month in the past six that the energy index has declined.

Elsewhere, though, there were some lingering signs of more stubborn inflation. Food prices rose 0.3%. Moreover, core CPI that takes volatile food and energy prices out of the calculation rose 0.3% for the month, accelerating slightly from November’s 0.2% monthly increase and ending 2022 5.7% higher than it ended 2021.

What it means for the Fed

Investors have paid close attention to inflation reports in large part because they have steered monetary policy from the Federal Reserve over the past year. After allowing inflation to persist longer than expected, the central bank has not hesitated to take aggressive steps to combat inflation, including seven straight hikes in the federal funds rate. As a result of its actions, the short-term interest rate controlled by the Fed rose to 4.25 percentage points in 2022.

What is less certain, though, is how the Fed will conduct its monetary policy in 2023. At its most recent meeting, the central bank slowed its pace of rate hikes, opting for a half-percentage-point boost instead of three-quarters of a percentage-point increase at its previous four meetings. Central bankers also indicated they thought the Fed funds rate could end up at 5.1% for 2023, suggesting another full percentage point of hike at some point.

The immediate question before investors is whether the size of the rate hike could be the largest when the Fed’s next monetary policy meeting ends on February 1. Many market participants had expected a further slowdown in rate hikes to just a quarter of a percentage point. However, some Fed officials continue to suggest keeping a tight rein on inflation, leaving the door open for another half-percentage-point hike.

How to Manage Inflation

Many investors are very afraid of inflation because it is not something they have had to deal with before. Inflation rates in 2022 will reach levels not seen by the US economy since the early 1980s, and that will leave an entire generation of investors without a point of reference to consider the current macroeconomic environment.

How inflation affects investment depends largely on how successful the Fed is at taming it. If rates stay high for a long time, it could raise the cost of capital for companies that rely on cheap debt financing enough to pose major financial challenges in the 2010s. This would be unfavorable for some high-growth companies that are not yet generating their own free cash flow. Conversely, if inflation declines rapidly, it will leave much room for the same companies to improve as the cost of capital declines.

Over the long term, however, inflationary pressures tend to ebb and flow, and this is the first time the Fed has failed to maintain price discipline with its monetary policy. If the prices come back under control, it could once again boost confidence in the capital markets.

10 Stocks We Like Better Than Walmart
When our team of award-winning analysts has an investment tip, it can pay to listen. After all, the newsletter they ran for more than a decade, Motley Fool Stock AdvisorThe market has tripled.*

They just express what they believe 10 Best Stocks Investors to buy now… and Walmart was not one of them! That’s right — they think these 10 stocks are better buys.