Amazon has rallied quite a bit over the last week or so, from the low $80s to the $90s. Today’s move comes on the heels of an analyst maintaining a buy rating on the stock. But over-optimism may be lingering from yesterday’s “Buy with Prime” announcement and expectations of a drop in inflation in tomorrow’s Consumer Price Index report.

On Wednesday, analysts at Cowen They cut their price target on Amazon to $140 from $160, but maintained their outperform rating on the stock. While it’s never nice to see an analyst lower a price target, it’s pretty standard when the stock has materially deviated from the previous target level.

Still, that $140 target follows an absolutely brutal year for the e-commerce and cloud leader, about 55% higher than today’s low share price. 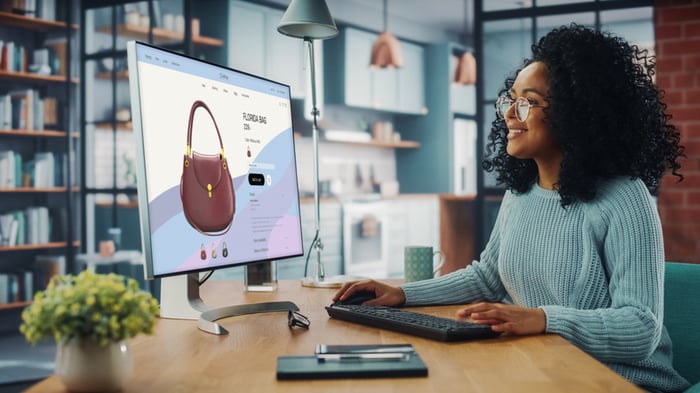 Cowen was already bullish, but perhaps investors were expecting a further downward correction. Still, it’s hard to imagine that some 2022 headwinds won’t improve for Amazon in 2023.

Last year, Amazon faced a slowdown in growth stemming from the pandemic, which combined with higher fuel costs, a stronger dollar hitting international revenues and its overly aggressive infrastructure build.

Yet in recent months, oil and gas prices have fallen significantly, the dollar has weakened and CEO Andy Jassy has announced Amazon’s real estate and up to 18,000 layoffs. When you consider that year-over-year comparisons with Amazon should be much easier later this year, that’s a recipe for a rebound in profit growth.

After its pilot program revealed a 25% improvement in conversions for merchants using Buy with Prime, Amazon is now expanding it more aggressively, creating a competitive challenge for other delivery services and online e-commerce checkout buttons.

Investors can also look forward to tomorrow’s Consumer Price Index report, which will reveal last month’s inflation figures. The past two reports have shown inflation slowing, and if another reading comes in lower than expected, it could lead some to speculate that the Federal Reserve will slow or stop its interest rate hikes sooner rather than later. That would be good for growth stocks like Amazon.

Regardless of the short-term move, Amazon’s stock is still more than 50% off its all-time high. Given its broad moat and leading competitive position in both e-commerce and cloud computing, long-term investors should not hesitate to pick up shares at these deeply discounted levels.

A market leader’s stock is often not bought after such a big decline. Although the short term is highly uncertain, even if we go through a recession, Amazon will grow strongly over the next decade and beyond.

John Mackey, former CEO of Whole Foods Market, an Amazon subsidiary, is a member of the board of directors of The Motley Fool. Billy Duberstein is located on Amazon.com. His clients may own shares in the said company. The Motley Fool features and recommends Amazon.com. Motley Fool has a revealing policy.